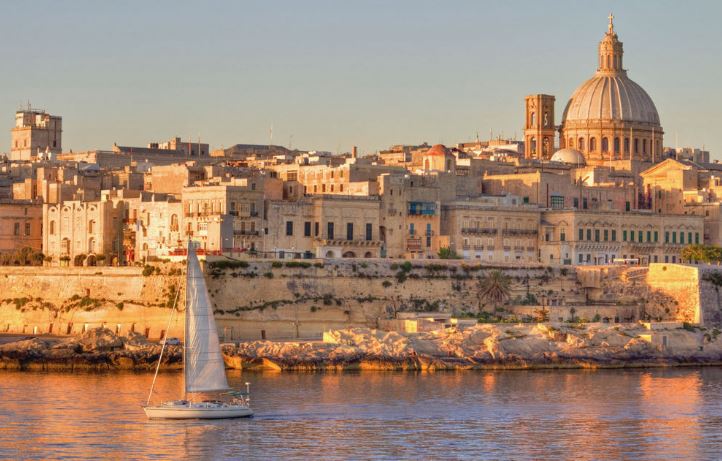 It is not uncommon for our charterers to have sailed Turkey, Greece, Croatia, Italy and Spain and I often get asked where to next? Or is there anything new to discover in the Mediterranean? Yacht charter in Malta has been an option for a few seasons now but has even more choice of vessels and is an interesting 7 night option.

Only 50 miles south of Sicily, Malta can be included in a Sicily charter, but starting and ending in Valetta makes for a more relaxed itinerary.

Malta has a fascinating history, its position between Europe and North Africa made it a prize and at different times – Greeks, Romans, Turks, Italians and later the British laid claim with independence coming late in 1964.

The two principal islands are Gozo and Malta – covering the two and visiting most anchorages can be done in a little over 70 miles, so the cruising is very relaxed.

The British Navy perhaps with little to do while stationed on a small land mass, have charted Malta better than almost anywhere. So navigating to small coves and bays is easily done with highly accurate charts. A variety of marinas and secluded bays with a restaurant or two, make for interesting cruising not unlike most Mediterranean options. Life is even more relaxed here, with a 4 hour siesta time from 1200hrs-1600hrs observed.

Restaurants and supermarkets stock a variety of provisions with English, Middle Eastern and Italian dishes the main fare.

With its own Maltese Euro currency, eating out is relatively inexpensive with the Maltese as fun and easy going as most Southern Europeans.

Catamarans and monohulls both available – please contact us for further information.