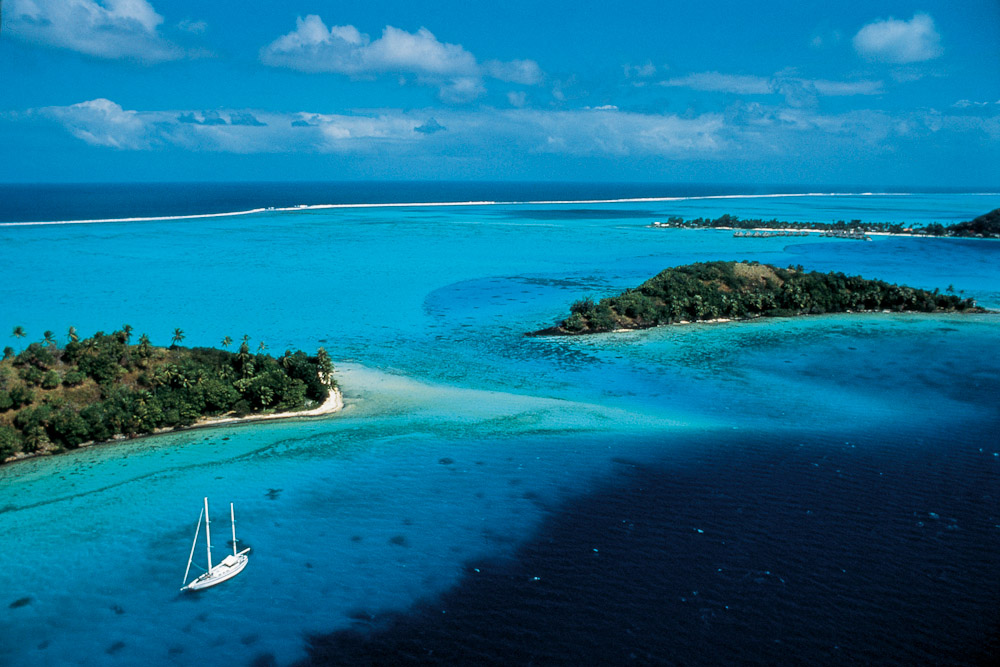 Our largest growth destination for 2019 has been Tahiti and I think it is time to revisit this stunning charter destination which is still on the bucket list for most.

The only thing that has ever held back Australians chartering in large numbers, has been the air schedules and cost. With traditional fares approaching that of a discounted European fare, many elect to take the long haul option.

Having said this, pricing and schedules have both improved greatly with competition between Air New Zealand and Qantas/Air Tahiti Nui.

Although we call it Tahiti, the country is actually French Polynesia of which Tahiti is the main island with Papeete the capital.

French Polynesia covers a number of island groups together covering an area larger than Europe. The Society Islands are a short 1 hour flight north of Papeete and are home to most of the bareboat and crewed fleets.

The airport, charter bases and main township of Uturoa are all located at the top tip of Raiatea.

Pre-provisioning is possible and the nearby supermarché has a wide variety of produce – vacuum sealed meats etc and everything you will expect here – remember the French like their food.

Raiatea and nearby Tahaa are encompassed by the same reef system and the cruising channels are very well marked between the main islands and the reef.

At a number of points, there are breaks in the reefs, all very wide, deep and clear and through these you can access Bora Bora (approx 20 miles) to the west or Huahine (approx 25 miles) to the east. Again great shelter is available around both Islands with the cruising and navigating mostly line of sight and considered easier than the Whitsundays with no tides or currents.

For the beauty, history and romance Tahiti is, I believe, somewhere that everyone should experience at least once.

Sailing towards the majestic peak of Mt Otemanu on Bora Bora is I believe one of the most impressive sights I have encountered in all of the destinations I have sailed, with the colours best described as an “assault on the eyeballs”.

Tahiti is outside the cyclone belt but December – February when you will get tropical rainstorms is marginal, July and August busier as it coincides with European holidays, but all other months are good options.

Bareboat catamarans from 38’ – 50’, Monohulls from 41’ – 52’, plus a variety of crewed vessels including cabin share on a magnificent Lagoon 620 catamaran are available. Click here for more information.